When I played with Philipp Hirshhorn for the first time, hearing his first notes (Mozart sonata) it was a shock for me; I wondered if Kreisler had returned from heaven; the most beautiful violin sound I ever heard in my life. One note on his G string, and one knew it was Philippe.

When Philippe played in The Hague in our house his first notes (early eighties) I asked him: what would you like to play? he answered: maybe some Mozart?

We played the B flat Mozart (the big one), and I did not manage to accompany him well, as he was playing very freely.

When I asked him: don't you want to play together? - he answered in German: "Zusammen ist ein kommunistisches Wort".

In case of using a typical word of Philipp for a book, a film or whatsoever, I would suggest this. "Zusammen ist ein kommunistisches Wort!" So, he was very difficult to accompany, as he used sometimes to change at a concert what was combined together at a rehearsel.

The problem for me was that I was, like Mischa Maisky, overwhelmed by the genius tone and rubato, as well as by the freedom.

About the "Pregheira" by Martini. The composer Martini existed, but he did not write this piece, it was Kreisler who wrote it, temporarely stealing the name of Martini. Only when he was very old, Kreisler (who had a duo with Rachmaninow! who transcrinbed Liebesleid and Liebesfreud for piano solo!!) admitted that he had written this score, as publishers became interested in his scores.

Philipp was crazy about this piece and one can hear this!!

He had told me that in Russia Kreisler music was difficult to obtain.

One of Philipp's greatest moments is in the Brahms string sextett, opus 36, the adagio, at the end. It forced me to transcribe it for piano solo, as the music came so "himmlisch" to me, and I am now writing this for piano 4 hands, since there is nowadays more market for piano 4 hands scores. 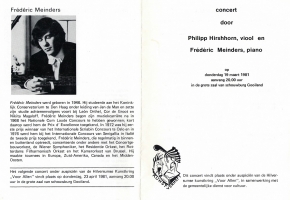 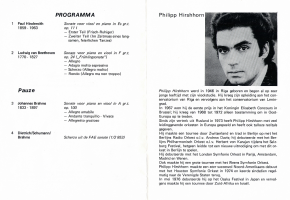 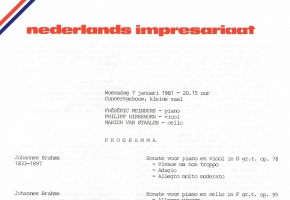