The tragicomic event occurred when, following his arrival on tour in Sochi, Hirshhorn did not appear at his own concert, as was later explained, because they did not send a car to pick him up at his hotel. Even to this day, this story is told and retold in many versions, meaning that it was quite a scandal at the time. A "whim,"  a "conceit," "the hall was just a short walk away" – the commentators do not hide their emotions, as if the situation offended and continues to offend them personally. However it may be, an enormous scandal resulted, and after that Hirshhorn was excluded from all concert tours.  They say that this was one of the factors that led to his decision to leave the country.
The documents for emigration of three persons – father, mother and son – were submitted in 1972, and in the new year the son went to Leningrad to say goodbye to his friends in the conservatory, and not only in the conservatory. He was a member of the so-called "mansard of Aksel," the artist Boris Akselrod, leader of the Leningrad underground. Aksel was a multifaceted person. Apart from his influence on artists, poets and musicians like Grebenshchikov, he stood by Felix Ravdonikas and Andrei Reshetin at the source of historic performance art of Russia. Among his many undertakings was even an attempt to discover the composition of Italian violin varnish (i.e., to discover nothing less than the secret of Stradivarius). In any case, Hirshhorn appeared there with his violin and there, in the mansard, with him, a person who was already practically an émigré, with a man standing in the doorway, something quite unexpected happened: he became acquainted with a girl. Bulgakov describes such occurrences with the words "love leaped out in front of us, like a killer in an alleyway, and amazed us both."  To be sure, for the love it took some time:  the Hirshhorns left two months later, at the end of March 1973, and the young people were left with just rare conversations by telephone, which were not even held at home, but out of precaution, at public telephone exchanges.  At the time, emigration was worse than dying, and it left no hope of seeing one another again. In no instance could you exchange letters.
As regards that story about the car which was not sent for Hirshhorn in Sochi, an unexpected echo of it reached us many years later, quite recently in fact, in the memoirs of Yuri Temirkanov.
"When I was a very young man, I participated in a tour of the Bolshoi Symphony Orchestra of Radio and Television, which was then headed by Gennady Rozhdestvensky.  We sailed on a ship along the Volga and gave concerts in various cities.  If we stopped for several days, then we lived in a hotel. We had an old style impresario. He had in the distant past worked with Rakhmaninov. And he said: "Maestro (speaking to me, who was just a kid), the car will be waiting for you at 6 o’clock." I thought he was joking, because the philharmonic hall was just across the square from the hotel.  Then he added: "Remember, young man, the audience must never see you walking along the street to a concert holding your tuxedo in your arms.  If that happens, they won’t be listening to your concert with proper respect."
It is very likely that Hirshhorn also was familiar with this old-school impresario. Whim, or the pride of an artist? It depends on your point of view. 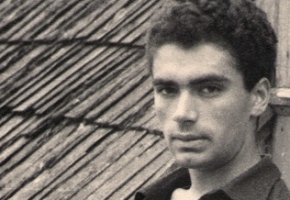 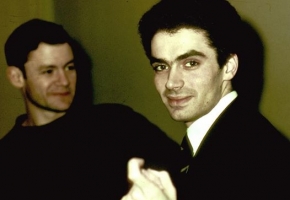 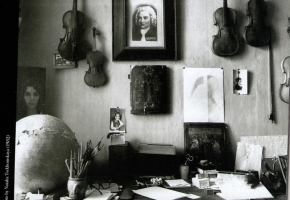