May 1967. Brussels. The Queen Elisabeth Competition.  "First Prize: the Russian violinist Philippe Hirshhorn, 20 years old," writes the press. "With blinding virtuosity, he performed the Etude in the Form of a Waltz by Saint-Saens and the First Concerto by Paganini. The prize is given to him by Queen Fabiola."  In the newspapers, on radio, on television there is a real storm. "Thousands of viewers, millions of listeners (those who were not lucky enough to obtain a place in the Palace of Fine Arts) caught on the radio the virtuoso performance. Uncountable ovations accompanied the announcement of the names of the winners. Three laureates jumped for joy.  The enthusiastic viewers got up from their seats and hailed Philippe Hirshhorn with lengthy applause."
The newspapers were not stingy with details. "Behind the curtain, while waiting for the results, the small group of future laureates, to break the tension, improvised a frenzied jam session," one of them tells us. "The costume of toreador would be best of all for him," another explains. "Like a torero, Philippe Hirshhorn has elegant, feline, well-bred refinement. But even if his 'velvety' look is of precisely the kind to charm señores and señorinas at the corrida, his Slavic origins are no less evident. Isn’t it because of his high cheek bones?  But in general, Philippe Hirshhorn, the recent triumphant victor of the Queen Elisabeth International Competition, wields not a sword but, as we know, a bow…"
"Philippe Hirshhorn had to be first. For his playing, for his technical perfection. He earned his crown."
"This year’s competition has had such a fortunate fate, the like of which has not been seen since 1951 (Kogan, Teo Olof, Jordanov, Dukan), and it satisfied us completely."
"After the results were announced, the King and Queen, smiling, made the acquaintance of each of the twelve laureates in turn. Ever since the death of Queen Elisabeth, this is the first time that the Belgian monarchs were invited to the event to which she gave her name." 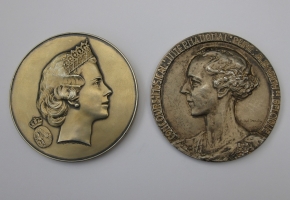 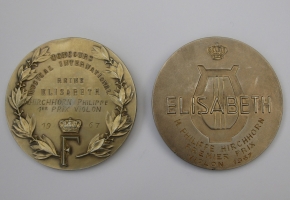 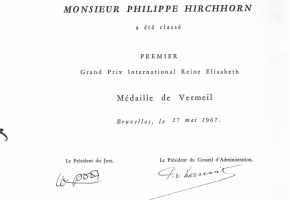 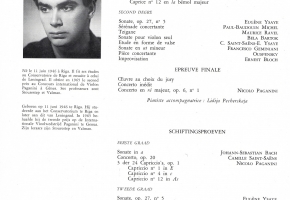 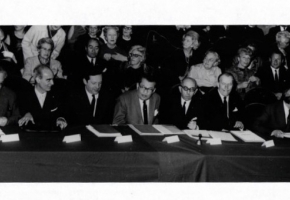 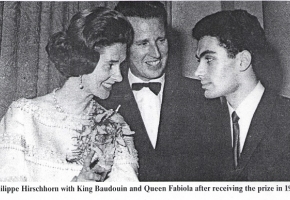 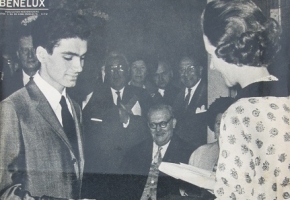 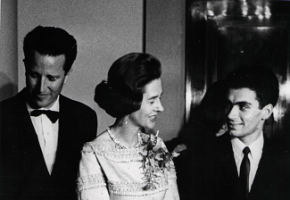 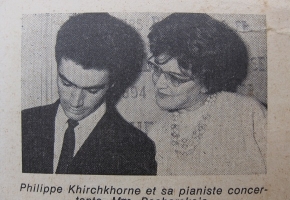 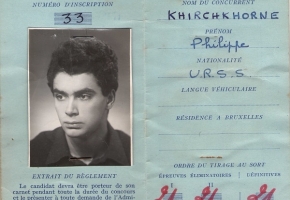 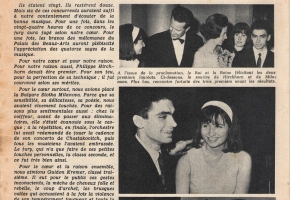 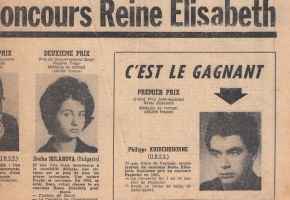 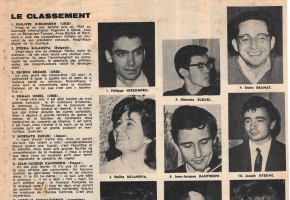 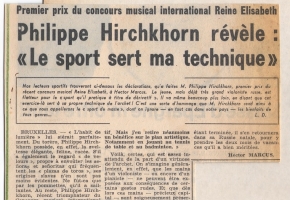 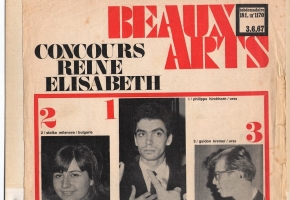 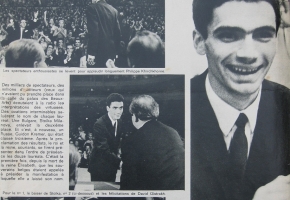 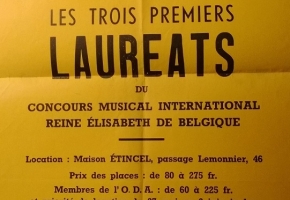